With improved starting pitching and more speed and depth in the outfield, the San Francisco Giants sure look set to re-create some of that even-year magic this season. 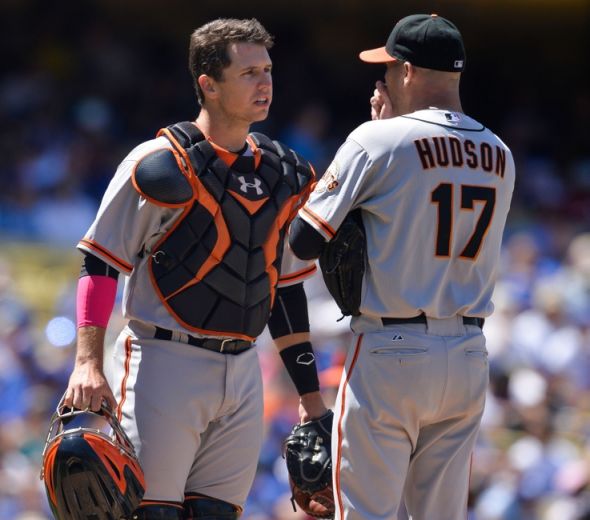 The San Francisco Giants have one mission for the 2014 season. The Giants hope to prove that the 2013 season was a fluke and that they’re ready to contend for not just a playoff spot but also another World Series title.

The 2013 season for the San Francisco Giants has certainly been a disappointment. After winning two World Series titles in three years, the Giants have looked tired this season and are now struggling just to get back to being a .500 team. Going into the All-Star break, the Giants have a 43-51 record, which puts them six and a half games back from the Arizona Diamondbacks in the NL West standings.

One word to sum up the Giants’ season so far: inconsistent. Sometimes, this team looks unstoppable. When the Giants do what got them two World Series titles in the past three years, such as stellar starting pitching, perfect defense, and timely hitting, then they can win a lot of games.

Other times, this team’s effort is laughable. It all starts with the starting pitcher. If the starter gets off to a rough start and gives up some runs, it puts more pressure on the offense and defense, and many times, the Giants can’t recover.

The All-Star break couldn’t come soon enough for the Giants. They could use a break from the long road trips and the mental grind of the game.

Here are the Giants’ midseason grades:

Brandon Crawford is known around the league as being defensively very strong, but most people think that he can’t hit and will forever be an eighth-place hitter. The league needs to take notice of the amazing season that Crawford has had so far though. He is hitting .291 with 5 home runs, 14 RBI’s, a .354 OBP, and a .547 slugging percentage. As of April 28th, Crawford has the second highest batting average on the Giants, has hit the most home runs, is tied for second in RBI’s, is second in OBP, and first in slugging percentage.