The Golden State Warriors have been in a funk recently. Before Sunday’s game against the Portland Trail Blazers, they had given up 120 points or more in three of their previous five games. For any other Warriors team or in any other year in recent history, that might have been expected from the Warriors given their history of poor defense.

This string of poor defensive games was strange and out of character. Mark Jackson seemed frustrated with the team’s defensive effort when he spoke to Rusty Simmons of the San Francisco Chronicle.

“We haven’t been playing well defensively. We’ve been out of rhythm and out of sync,” Warriors head coach Mark Jackson said. “During the course of the season, you’re going to have nights like that. You’re going to have moments. But good or great teams make sure that it does not become a prolonged period of time where you’re playing that way.”

As Coach Jackson said, the Warriors had to bounce back at some point, and on Sunday, they did.

Another impressive defensive stat from the Blazers’ game is that they held the Blazers to just 12 points in the third quarter, which was the Warriors’ best defensive quarter of the season. They also forced the Blazers’ two main offensive weapons, Damian Lillard and LaMarcus Aldridge, to miss 23 of their 30 shots.

Although the Warriors’ win over the Blazers was impressive, the Warriors didn’t play perfect defense the whole game. One of the main reasons why the Warriors have struggled defensively recently is that they get off to slow starts.

Before the Blazers game, the Warriors had allowed at least 30 points in the first quarter in seven of their previous 11 games. The Warriors often appeared sluggish and even confused on defense during the first quarter recently. It usually took them at least a quarter or two to find their defensive groove.

Stephen Curry told Simmons that Coach Jackson motivated the team to play with energy on defense and get back to the defensive identity that they had established earlier in the season.

“Coach Jackson challenged each and every one of us to find that next gear, especially on the defensive end,” Curry said. “… We can score the ball, but it sucks to come into the locker room, see that everybody had big (offensive) nights and we still end up losing. It’s all for nothing.”

Also, before the Blazers game, the Warriors had allowed three out of their last five opponents to make at least 50 percent of their shots, which happened only five times in their first 39 games of the season.

To fix this, the Warriors got back to closing out hard on jump shooters, contesting jump shots quickly, and pushing players out of the paint as much as possible against the Blazers. Coach Jackson told Diamond Leung of the Bay Area News Group that he was impressed with how the Warriors bounced back from that stretch of poor defensive games.

“What I like is that we paid attention to detail and didn’t have any game plan breakdowns,” Jackson said. “We battled, we competed, and we made multiple effort plays, and we continued that all night long.”

Although the Warriors lost their most recent game to the Washington Wizards on Tuesday night, they played pretty solid defense throughout the game. They gave up only 88 points and forced the Wizards to shoot just 37.78 percent from the field.

The Warriors forced the Wizards into tough shots too. John Wall shot just 6-for-19, Bradley Beal shot just 8-for-19, Trevor Ariza shot 3-for-9, and Marcin Gortat shot just 2-for-8.

The Warriors did exactly what they had to do to continue their streak of solid defense. They started the game off strong defensively, they played solid defense for all four quarters, and they kept the Wizards’ stars in check.

The Warriors have shown that they can be an elite defensive team in the NBA. They’re just missing some consistency. The Warriors need to continue to make defense a priority and play their brand of basketball. 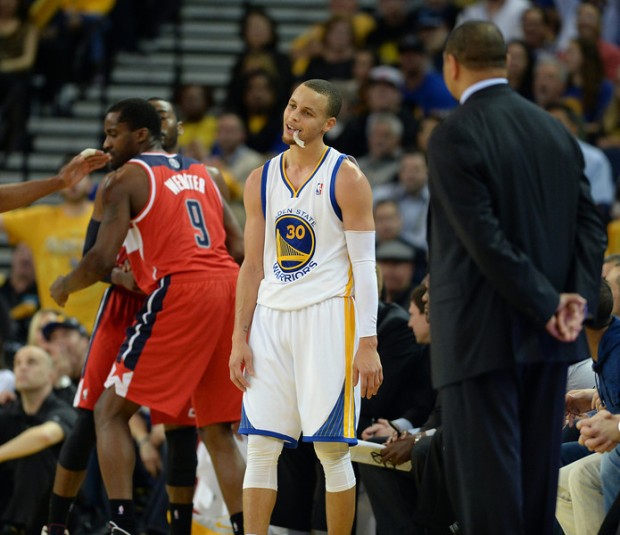 The Golden State Warriors currently have a 27-19 record. In their last two games, they have played one team with a 33-13 record and another team with a 22-22 record. Conventional wisdom would suggest that the Warriors would win more easily against the team with the worse record. However, this was not the case.

In the first game of the two, the Warriors beat the Portland Trail Blazers, who currently have the third best record in the Western Conference, 103-88.

The Warriors won by a fairly significant margin against a quality team. They forced the Blazers, the NBA’s highest-scoring offense, to a season-low in points, and they forced them to shoot a season-low 33.7 percent. They held a probable Western Conference all-star in LaMarcus Aldridge to just 10 points.

In the second game of their two most recent games, the Warriors lost to the Washington Wizards 88-85. The Warriors played solid defense for all four quarters, holding the Wizards to 37.8 percent shooting. However, their offense disappeared in this game, and they only shot 37.5 percent from the field.

The Warriors have gotten into a bad habit of playing up or playing down to their competition. On one side, it’s great to see them playing good, competitive basketball against some of the best teams in the NBA.

However, it’s even harder to watch when they lose to a team that they should hypothetically beat fairly easily. 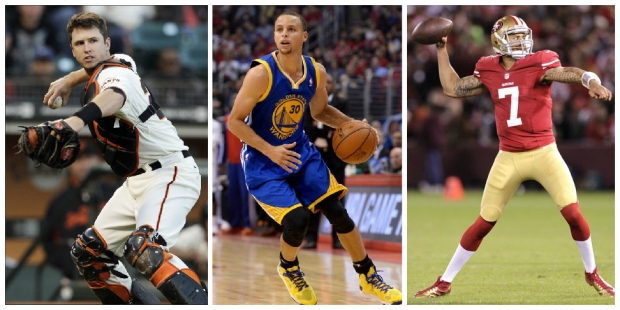 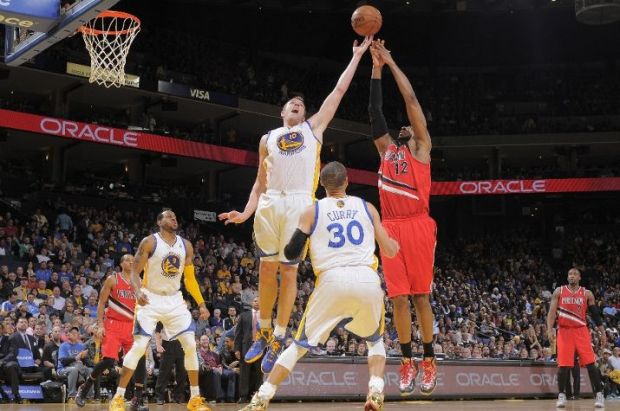 On Sunday, the Golden State Warriors beat the Portland Trail Blazers 103-88 behind stellar team defense and some impressive defense on LaMarcus Aldridge.

The Warriors held the NBA’s highest-scoring offense to a season-low in points, and they forced them to shoot a season-low 33.7 percent.

Although Lee is often criticized for his defense, he held Aldridge, who is averaging 24.3 points per game this season, to just 10 points on 2-for-14 shooting.

Lee was playing with a sprained left shoulder, so it was impressive how he was able to play physically with Aldridge, especially in post-ups.

Back on November 14, 2013, before a home game for the Golden State Warriors against the Oklahoma City Thunder, LetsGoWarriors.com got the opportunity to ask Stephen Curry about the possibility of playing alongside Kevin Durant and Russell Westbrook on Team USA Basketball (USAB) this summer for the 2010 World Championships, with the caveat that during the NBA season, Curry was probably focused on the Warriors.

“Yeah, we played together in the 2010 World Championships,” Curry told us, “and there’s an opportunity again this summer in going to Spain but, like you said, it’s not something I think about now but something I’ve expressed I want to do and hopefully I get that opportunity.”

Today, USA Basketball will announce a 28-player pool from which USAB chairman Jerry Colangelo and coach Mike Krzyzewski will choose the 12-man rosters for the 2014 World Cup of Basketball and the 2016 Olympics in Brazil.

Marc J. Spears of Yahoo! Sports and Marc Stein of ESPN.com have both reported that Stephen Curry is among the 28 players selected.

The San Francisco 49ers have come painfully close to winning a Super Bowl title for the past three seasons. Unfortunately for them, the Seattle Seahawks will be representing the NFC in the Super Bowl instead of the 49ers this season.

The 49ers are certainly an elite team in the NFL, especially given the fact that they’ve made it to the NFC Championship three seasons in a row now. However, there’s always room for improvement, especially if they want to beat Seattle next season.

The 49ers are now officially into the offseason. They can now focus on what moves they need to make to improve next season.

The 49ers have star players at many different positions, but here are three positions where they must improve or where they need to gain more depth at: