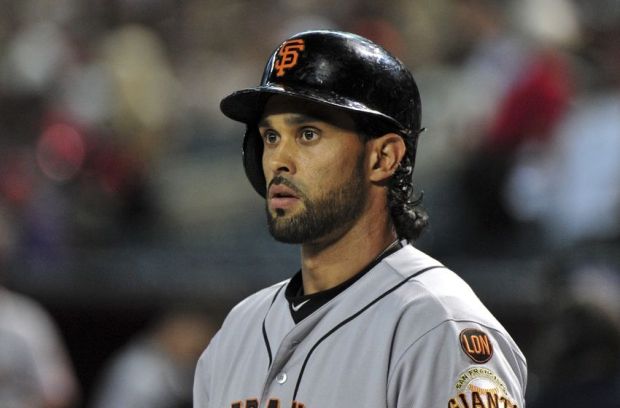 Angel Pagan took a lot of pride in being the San Francisco Giants’ starting center fielder and leadoff hitter, but he will have to swallow some of that pride in 2016 though because he is about to take on a very different role this season than he has in the past for the Giants.

The injury bug has hit the San Francisco Giants’ clubhouse hard in recent months, but the Giants could be getting a boost to their lineup today in the form of their resident spark plug: Angel Pagan.

Pagan has been on the DL since August 11th (retroactive to August 10th) with right patella tendinitis, also known as a sore right knee. He received a platelet-rich plasma injection in his right knee to help the recovery process. He has dealt with several injuries this season, including a sore left knee earlier in the season.

The San Francisco Giants started off the 2015 season on Monday with their first game of a three-game series on the road against the Arizona Diamondbacks. One game down, 161 to go.

In this week’s Giants Mailbag, we will discuss expectations for Tim Lincecum in 2015, the lack of power from the left field “platoon”, and how Nori Aoki will do as the leadoff hitter, compared to Angel Pagan.

In the past week, fans have received updates on the health and progress of Matt Cain, Sergio Romo, and even Giants manager Bruce Bochy. Today, we will focus on the progress of ailing Giants Tim Hudson and Angel Pagan.

San Francisco Giants center fielder Angel Pagan will return to the starting lineup today in the series finale against the Milwaukee Brewers, according to Hank Schulman of the San Francisco Chronicle.