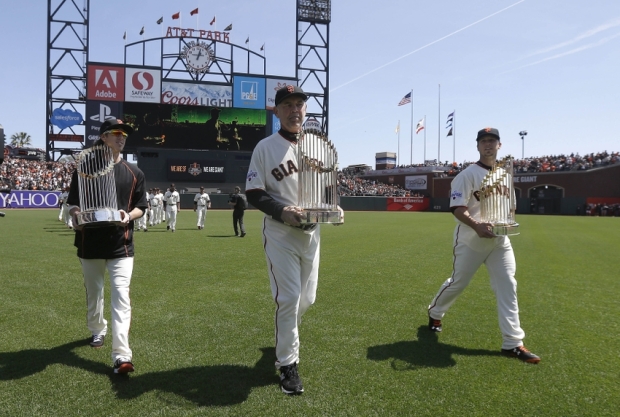 The San Francisco Giants have a 3-7 record, which is currently last in the National League West. The Giants’ 2015 season has certainly gotten off to a rocky start, as they’ve had to deal with several injuries to key players. The Giants have to find a way to overcome adversity. Good news for the Giants though is that they have plenty of time to recover. 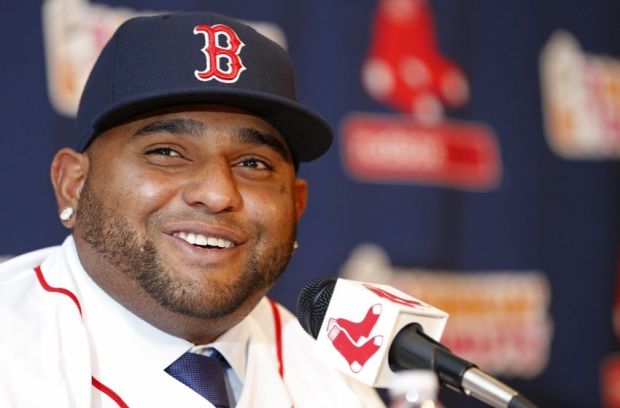 San Francisco Giants fans’ case of the Mondays might have gotten a little worse yesterday morning when they saw Pablo Sandoval’s comments about his decision to sign with the Boston Red Sox over the Giants.

According to FOX Sports reporter Ken Rosenthal, the bidding for Pablo Sandoval has come down to two teams, the San Francisco Giants and the Boston Red Sox. Despite rumored interest from other MLB teams such as the Chicago White Sox, New York Yankees, and others, it appears extremely likely that Sandoval will sign with either the Giants or the Red Sox.

So far this season, the San Francisco Giants are surprisingly one of the best power-hitting teams in MLB. They currently rank third in all of MLB with 43 home runs, which is even more impressive given the fact that they play their home games in the pitcher-friendly AT&T Park.

Much of the Giants’ power has been supplied by Brandon Belt, Michael Morse, and Buster Posey. Belt has hit nine home runs so far, Morse has hit eight, and Posey has hit seven. Brandon Hicks has even hit six, some of them coming at big moments.

Belt, Morse, and Posey are all on pace to hit at least 20 home runs this year, if they stay healthy, and many believe that Belt could possibly hit 30.

Belt, Morse, and Posey are just the second trio in Giants franchise history to hit six or more home runs prior to May 1st. The other trio was Willie Mays with seven home runs, Orlando Cepeda with six, and Ed Bailey with six in 1962. That’s certainly good company to be in.

Belt got off to a hot start in 2014, and he finished the month of April with six home runs and 12 RBI. Belt really got the Giants’ power bats going. He has also homered in every park the Giants have played in so far.

When the Giants first signed Morse, there were questions about if his power would translate to AT&T Park. Morse was confident when he gave Alex Pavlovic of the Bay Area News Group his answer to this question in February.

“I look at the bright side,” Morse said to me this February when I asked about moving to AT&T Park. “To me, it’s a ballpark – just like every other ballpark. It plays the way it plays and I don’t think about stuff like that. If you hit the ball good, it’s going to go out. If you don’t hit it good, it’s not going to go out.”

Morse is certainly hitting the ball hard this year, as he’s averaging 427.6 feet per home run this season. Bruce Bochy couldn’t be happier with what he’s seen from Morse so far, and he shared his thoughts on Morse’s power with Pavlovic.

“For a guy to hit a ball where he hit it, a man has to do that,” Bochy said afterwards. “I guess that’s why he got nicknamed The Beast. There’s not a ballpark that can hold him, including this one.”

Posey added about 10-15 pounds of muscle in the offseason, and it has certainly translated to his power-hitting. Last season, he started to wear down in the second half of the season, and it affected his hitting. If Posey can stay healthy and stay strong throughout the season, he can certainly hit 20 home runs this year.

Not only have these players supplied the Giants with a lot of power, but Pablo Sandoval and Hunter Pence haven’t even gotten going yet, in terms of hitting home runs. Both Sandoval and Pence have only two home runs each so far this season.

Sandoval has been in a hitting slump this whole season. Giants fans know he’s capable of hitting at least 20 home runs though, like he did in 2009 and 2011.

Pence got off to a slow start, but he’s starting to heat up with the bat. He hit 27 home runs for the Giants last season, so it’s just a matter of time until he starts hitting for power. Also, ever since he became a full-time big leaguer, his home run totals each season have been: 25, 25, 25, 22, 24, and 27. Pence is always a threat to hit at least 20 home runs in a season.

It’ll be nearly impossible for the Giants to keep up this type of power production all season long, but with the addition of Morse, the Giants can certainly be a legitimate power threat, as a team. If Sandoval and Pence get going, the Giants will stay near the top of the standings for home runs.

The Giants will continue to get some occassional power from Hicks, Brandon Crawford, Hector Sanchez, Angel Pagan, and others. With Belt, Morse, Posey, Sandoval, and Pence though, the Giants are stacked in terms of power, and hopefully for Giants fans, they’ll hit for power all year.

Pablo Sandoval has had a lot on his mind recently. At the conclusion of the 2013 season, the San Francisco Giants told Sandoval that he had to lose weight and keep it off if he wanted to get consistent playing time in 2014 and possibly get a contract extension. Sandoval took this seriously and lost at least 30 pounds in the offseason.

For a career .294 hitter, these numbers are extremely baffling and disappointing, especially given his weight loss in the offseason. So what can his poor offensive numbers be attributed to? Is he pressing? Is he hiding an injury? Is he lacking confidence? Are the contract negotiations weighing too heavily on him?

When discussing his recent struggles with Steve Corkran of the Bay Area News Group, Sandoval insisted that none of these things have affected his performance at the plate this season.

“You got good games, you got bad games, so you have to keep humble and keep your head up,” Sandoval said. “Try to do the best that you can out there, try to do all the things you can do, keep working hard. Good things are going to come.”

Bruce Bochy has employed several different strategies in order to break Sandoval out of this uncharacteristically long slump.

After hitting .171 on the season and going hitless against the San Diego Padres on April 19, Bochy told Alex Pavlovic of the Bay Area News Group that he was going to give Sandoval a day off on the 20th.

“He needs a mental break,” Bochy said. “Tonight I thought he was pressing more than any other game.”

The day off didn’t seem to help Sandoval that much though. On the first day of a three-game series against the Colorado Rockies on the 21st, the day after his day off, he struck out once and went hitless in four at-bats. On the 22nd, also against the Rockies, he had one hit (a double) and one walk in three at-bats. On the 23rd, he had no hits, a walk, and one strikeout, in two at-bats.

Bochy also tried dropping him in the lineup. Bochy only dropped him from the third spot to the fourth spot, so it wasn’t a drastic change. However, Bochy was hoping this type of change would ease some pressure off of Sandoval. This didn’t help either.

Whether Sandoval is pressing at the plate or not, Bochy might have to find some new ways to get the Panda going. One option is dropping him further down in the lineup, maybe down to sixth. For example, Bochy could have a batting order like this: Angel Pagan, Brandon Belt, Buster Posey, Hunter Pence, Michael Morse, Sandoval, Brandon Crawford, Brandon Hicks, and the pitcher.

It’s impossible to predict if this would reignite Sandoval offensively, but this sort of a “wake-up call” could perhaps give Sandoval a fresh start.

Another option is to give him two or even three days off in a row, which would give him a mental break and would allow him to re-focus. Bochy has used this strategy in the past with struggling players, and it usually works.

One last option is for Bochy to keep playing Sandoval as he normally would and hope that he will find a way out of it soon by himself. Bochy is a players’ manager. He believes in his players, and he won’t criticize them or punish them for poor play.

The clubhouse has been very loose, despite the struggles of the offense recently (besides yesterday’s win in Colorado). It doesn’t look like any of the Giants, including Sandoval, are pressing, and that’s why Bochy has been patient with them.

There are many benefits to a team with great team chemistry like the Giants, but one of the drawbacks is that if one person starts to struggle, others start to struggle too. This might be Sandoval’s problem. Other Giants such as Gregor Blanco and Posey are in their own slumps right now, so Sandoval might be unintentionally feeding off of that.

There isn’t a clear answer to how Sandoval can break out of this slump, but Bochy has a few options on how to try to wake up Sandoval offensively. Hopefully for the Giant, one of these options will work.