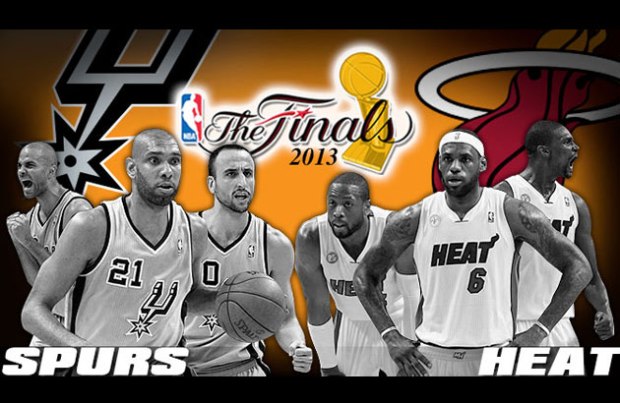 After last year’s Finals, I wrote about how disappointed and emotional I was that the Heat won. After the Heat beat the Spurs in Game 7 in this year’s NBA Finals, I can’t say that I’m any less disappointed or emotional. Unfortunately, my disdain and disapproval of the Heat has grown even stronger.

The Heat have a deeper roster than they did last year, so they are more of a “team” than they were last season. However, it still pains me to watch such a disrespectful, classless team win, especially when a quality team like the Spurs had a chance to win. To be fair, the Spurs had their opportunity in Game 6 to win, and they blew it. The Heat earned their Game 7 win, but it’s disappointing to watch a team built on such unsportsmanlike principles win the ultimate title in basketball.

Throughout the regular season, I couldn’t sit through an entire Heat game without feeling angry, baffled, or upset. I couldn’t stand watching a group of players that were so cocky and unsportsmanlike, including LeBron James, Chris Anderson, Chris Bosh, etc.

To be perfectly honest, I don’t mind watching Dwyane Wade. He continues to amaze me on both the offensive and defensive end. He has unmatchable speed, great instincts, and can side-step or fake out anyone he wants to. He also is an incredible shot blocker for a shooting guard. He’s the ultimate fierce competitor and, despite his struggles and battles with injuries, he looked like the best player on the Heat many times.

Despite my appreciation for Dwyane Wade’s game, LeBron James is the one that epitomizes my problems with the Heat. The amount of fawning and pure ass-kissing for LeBron from fans, analysts, and commentators is sickening. People act as if he’s the Messiah. He’s a basketball player. A cocky, ruthless athlete. Calm down, people.

LeBron’s endless complaining is also difficult to watch. Just like a four year-old, when something doesn’t go his way, his instinct is to put on his pouty face and complain. What’s even more maddening is that more often than not, he’s the one that’s creating the contact on the “foul” that he wants to have called.

He is so big and strong that he can get overly physical when on offense and defense and get away with it because of his massive size. He throws his elbows around and will give a sly shove to his defender in order to create the contact, in hopes of getting a foul call. Usually, he can fool a ref by doing that and shoot free throws that way. If not, he’ll receive the normal “superstar” treatment and get to the free throw line automatically. When he doesn’t get to the line, he complains about “being fouled” and acts like a victim.

Also, he epitomizes everything I loathe about the Heat. Yes, he is incredibly talented, athletic, and competitive. He is the best player in the NBA right now and might be one of the greatest players ever. I won’t deny that. However, I don’t respect how he plays the game. He’s always complaining about calls, grandstanding, unnecessarily taunting opposing teams, and he lacks class. Yes, many superstars have acted like that before. Maybe this is just me, but the players I like and respect the most are the ones that show character. They treat the game and their opponents with respect. They play for the love of the game not the fame, like LeBron does.

For example, one of my favorite NBA players is Kevin Durant. Durant is also a fierce competitor, but he never disrespects the game or his opponents. Even in commercials, Durant is always portrayed as the nice guy, and he’s not portrayed that way intentionally to try to gain fan approval like in LeBron’s commercials. Durant is naturally a kind person, and that’s what makes him the best superstar in the NBA, to me.

Another example is Stephen Curry, my absolute favorite player in the NBA. He is exactly the type of player that an organization would want to be the face of the franchise and would want to build around. He’s respectful, humble, and grateful. Curry is genuinely a good person, and his rise to superstardom has not changed who he is as a person or how he conducts himself on the court.

It was even more frustrating to witness LeBron’s conceited actions and unnecessary theatrics when he was playing a team that is the ultimate example of class. The Spurs organization has been one of the most respected franchises in all of sports for a long time. First of all, they have three of the most genuinely nice, respectful players in the NBA. Tim Duncan, Tony Parker, and Manu Ginobili are known league-wide for their respect of the game and their opponents, their dedication, and their hard work.

In addition to these three incredible players, the Spurs have built the core of their team the right way, through the draft. They have stated that they always try to draft players based on their character, not just their talent. They sure have had a lot of success because of these principles. The Spurs are truly the Anti-Heat.

The Heat are built on exactly what I don’t like about sports: big money for the superstars, classless principles, dirty plays, constant complaining, and endless flopping. Because of LeBron’s arrogance, need for approval and acceptance, and the Heat’s grotesque playing habits, it made it really hard for me to respect their success, especially when they were playing against a team who played just as hard but with more respect for their opponents and for the game. The Heat earned their championship, but that doesn’t mean they deserved it.