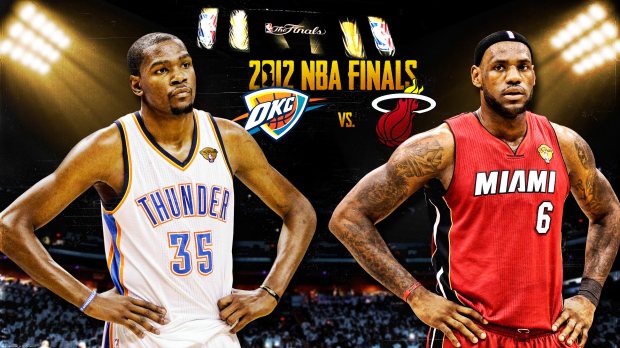 I feel as though I am finally mentally ready to discuss this season’s NBA Finals. To be honest, the result of these NBA Finals made me become, for one of the first times in my life, speechless. I was in a state of shock, disbelief, anger, and confusion all at one time. I didn’t know what to say to people about it, I didn’t know what to think, and I didn’t know how to adequately and respectfully display my emotions surrounding the result of the Finals. I had a hypothetical sports quarter-life crisis, and I wasn’t sure if I’d ever be able to write about what happened. After time to analyze and fully reflect on the situation, I can finally write about my thoughts. The Miami Heat won, and not to sound even more dramatic, but I feel extreme disappointment and, frankly, embarrassment to be a passionate basketball fan. You might ask why I would feel embarrassed. This post will explain my emotions.

Growing up playing soccer and basketball, I learned about the rules, the strategies, and the competition involved with sports. I learned how to do a drop kick, how to do a header, how to shoot a free throw, and how to get into triple threat position. What I didn’t notice at the time though is how much I learned about how to work with others. I learned that playing like a team and playing unselfishly leads to the best results. However, being a team and knowing how to play like a team is a complicated task. It requires self sacrifice, compromises, and immense respect for others; all traits that might not make sense to a seven year-old. Competitive sports taught me some of my most important life lessons though. I was taught to believe in the team and not the individual. I was taught that a team grows together and every player’s performance improves as the team grows. A team is most successful when every player contributes in some way and every player is thought of with equal importance towards achieving a goal.

When I first started playing basketball at the age of 11, I tried to improve my own game by watching some of favorite NBA players like Kobe Bryant, Jason Richardson, and Vince Carter. I remember how fun it was to watch some of their highlight moves and tricky shots. Despite that, some of my favorite sports moments though were watching teams like the San Antonio Spurs or the Detroit Pistons win an NBA championship, because they were the best examples of a true team. They relied on both their superstars and their bench throughout the regular season and the playoffs to accomplish what they did, and I admired that. As a Giants fan as well, I witnessed some of the best team play I’ve ever seen when the 2010 Giants team won the World Series. Obviously baseball is a lot different than basketball in terms of team dynamics, but the fact that the Giants didn’t have one superstar on their team, and that they won because of their relentless pitching and the immense importance of every player on the roster, was beautiful to me. They had unexpected heroes come through in unexpected times, and even though Buster Posey, Aubrey Huff, and Freddy Sanchez were some of their best hitters that year, they weren’t the only reason why the Giants won the World Series. With this Giants team, I saw some of the same sports principles that I learned growing up being executed in professional sports, which made me love sports even more.

The reason why I was embarrassed when the Miami Heat won was not because of my bitterness towards LeBron James, but because it defied everything I believed in about sports. Sports are so great because they display individual talent and teamwork at the same time. It doesn’t matter to me that Shane Battier and Mario Chalmers occasionally stepped up in the playoffs. The Miami Heat are centered and focused on LeBron James, Dwyane Wade, and Chris Bosh. The Miami Heat are a product of collusion and manipulation of the system. David Stern should be ashamed that he allowed this team to “magically form on its own” and then later veto Chris Paul’s trade to the Lakers, because he didn’t want another big market team getting a superstar. LeBron James had to find two other superstars to play with, because he was never able to win a championship by himself. With the Cavaliers, all the focus and attention was always on him, and that’s just the way he liked it. In LeBron’s world, everything is all about him. He didn’t want to play for a real team, because he’d have to sacrifice his own numbers. After he helped orchestrate the formation of the Heat, he wanted to paint the illusion of a team, but he still wanted all the credit for winning a championship. He should be happy, because he finally succeeded in winning a championship and getting all the credit for it. The Miami Heat simply let their superstars shine and let some other bench players come along for the ride. This is not how sports should be played. It was a shameful display of winning, and, honestly, the fact that the Miami Heat won the championship tainted my view of the NBA.

I’d like to dedicate the rest of this post not to the 2012 NBA champions, but to the Oklahoma City Thunder. The Thunder deserved to win the title because they showed that teams can still be constructed the normal, right way. This team was built through the draft and even though they have two superstars in Kevin Durant and Russell Westbrook, they still always displayed team basketball, no matter what. They relied on James Harden, Derek Fisher, Thabo Sefolosha, Kendrick Perkins, and Serge Ibaka just as much as their superstars in the regular season and the playoffs. They have developed their own style of play based on the players they have. The Thunder are the perfect example of a team. They didn’t collude or manipulate the system to make their team. Also to be noted, there was never any speculation as to whether or not they paid off the referees in the Finals (see picture above). They had a successful season because they didn’t depend on just their superstars to produce results. The Thunder hit a cold streak at the wrong time and played a “team” in the Finals that had good luck handed to them at all the right moments in the playoffs. Congrats to the Thunder on their great season, and I hope to see them back in the Finals next year.