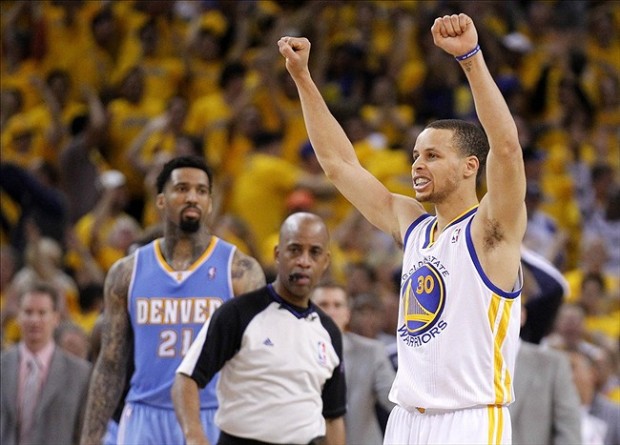 The Golden State Warriors beat the Denver Nuggets 110-108 last night to take a 2-1 advantage in the series. Game 3 was probably the most exhilarating, stressful, and entertaining game of the series so far, and the Warriors showed the Nuggets why they have such a distinct home-court advantage at Oracle Arena. Even though the Warriors came away with a win, they still made several mistakes and almost gave the game away with about 21.5 seconds left in the game. Here are some takeaways from Game 3: