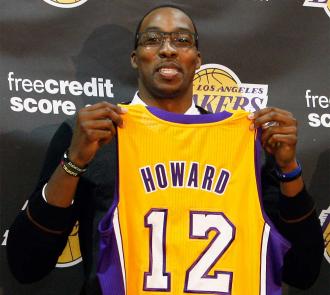 Last night, the Orlando Magic finally traded center wight Howard to the Los Angeles Lakers in part of a four-team deal. The 76ers will receive center Andrew Bynum and guard Jason Richardson, the Denver Nuggets will receive guard/forward Andre Iguodala, and the Magic will receive guard Arron Afflalo and forward Al Harrington from Denver, center Nikola Vucevic and first-round draft pick forward Moe Harkless from the 76ers, and forward Josh McRoberts and guard Christian Eyenga from the Lakers. The Lakers also received guard Chris Duhon and forward Earl Clark from the Magic. Although it seems as if the Lakers are the big winners in this trade, the 76ers and the Nuggets also benefited. 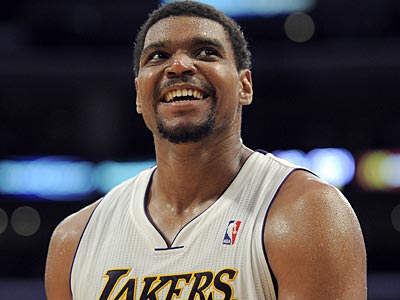 The 76ers added some strong players, who fill specific needs, to their team with this trade. Bynum finally gives them the strong presence at the center position that they’ve lacked for a while now. Richardson adds more depth at the shooting guard position, now that Iguodala and Jodie Meeks are gone. The 76ers are now an extremely deep team after the trade with a roster full of other names like Jrue Holiday, Thaddeus Young, Nick Young, Kwame Brown, Spencer Hawes, Evan Turner, and Dorell Wright. The 76ers are a team to watch out for in the Eastern Conference this upcoming season. 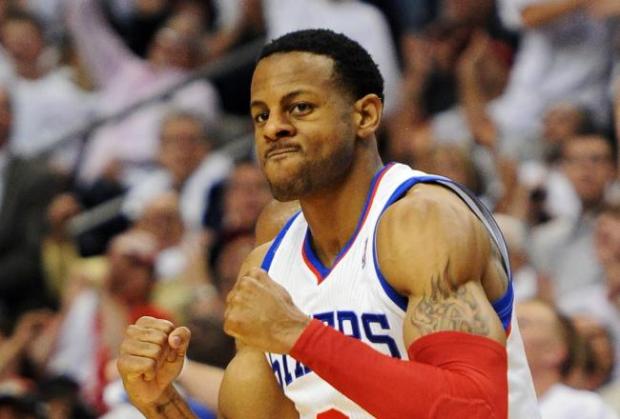 The Nuggets received an All-Star guard/forward in Iguodala, which also adds some depth at the shooting guard position, now that Afflalo is gone. Even though the Nuggets only added one player, they gained one of the best defenders in the league, a great athlete, and a player that can contribute in many different ways. The Nuggets now have a well-rounded roster with players like Wilson Chandler, Danilo Gallinari, Ty Lawson, Javale McGee, Andre Miller, Corey Brewer, and Rudy Fernandez. The Nuggets were already a deep team after the famous Carmelo Anthony trade to the Knicks, so the addition of Iguodala makes this team a serious contender in the Western Conference. 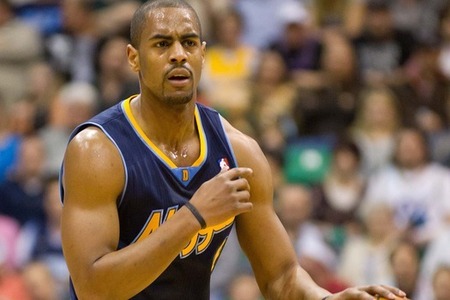 The Magic clearly received the proverbial “short of end of the stick” with this trade. They traded the best player on their team, and didn’t receive much back. They acquired a quality defender and three-point shooter in Afflalo, and other than that, they received some expiring contracts and a bunch of bench players. The Magic took on some contracts that other teams didn’t want to deal with, so perhaps they could potentially use these contracts as trade bait. Magic general manager Rob Hennigan even admitted that they are “taking a step back.” However, the Magic have proven with this trade that they are in re-building mode. They want to take the Oklahoma City Thunder approach by building the team through the draft and potentially trading for some quality free agents. The Magic are probably better off without Howard this upcoming season, since he would’ve been angry to be there, but they didn’t get much out of this trade at all.

It’s pretty obvious why the Lakers are the “winners” of this trade. They were able to keep Pau Gasol, add some depth to their bench, and, obviously, acquire the best center in the league. With a starting lineup of Steve Nash, Kobe Bryant, Metta World Peace, Gasol, and Howard, this team will for sure be hard to beat, once Howard is fully healthy, and once they’ve had some significant practice time with each other. Nash is the type of point guard that makes everyone around him better, so it’ll be interesting to see what he’ll do with an extremely talented roster. An important fact to remember is that Howard is still going to be a free agent at the end of this upcoming season. The Lakers are known to be quite persuasive in keeping free agents around, so they have a good chance of re-signing Howard for the future, especially if they win the 2012 NBA Championship. Kobe Bryant seemed pretty confident that Howard would come back when he said, “I’ll probably play two or three more years. Then the team is his. I’m excited for the franchise because now they have a player that can carry the franchise well after I’m gone. This should be his and he should want to accept that challenge.” However, since this team is newly constructed and none of the players have practiced together yet, fans can’t assume that the Lakers are the obvious choice to win the 2013 NBA Championship yet. 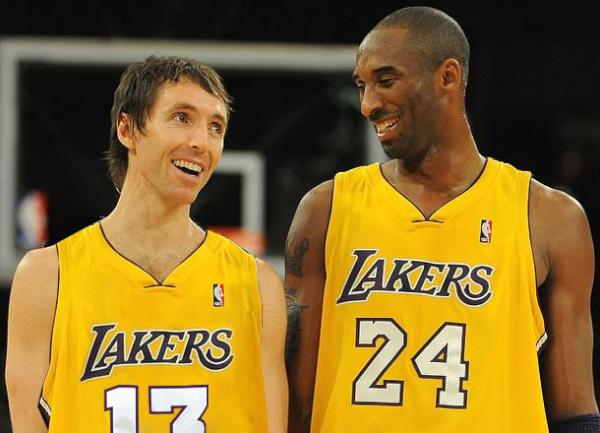 The Oklahoma City Thunder, the Dallas Mavericks, the Denver Nuggets, and the San Antonio Spurs are all teams that can contend for the Western Conference title. In the Eastern Conference, the Heat, the Bulls, and the 76ers, are all contenders as well. The Heat and the Thunder are the Lakers’ biggest competition for the 2013 NBA Championship. However, this Laker team for this upcoming season consists of five former All-Stars with three MVP awards and four defensive player-of-the-year awards. Kobe Bryant said it best when he described that combination as “unreal.” It won’t be an easy task for the Lakers, but they have to be considered as one of the most serious contenders out there, not just because of the addition of Howard and Nash and the accomplishments just mentioned, but because of how the core of their team is constructed. A team with a core of a point guard, shooting guard, and a center (Lakers) will always be stronger and have a greater chance of winning than a team with a core of a shooting guard, small forward, and a power forward (Heat).