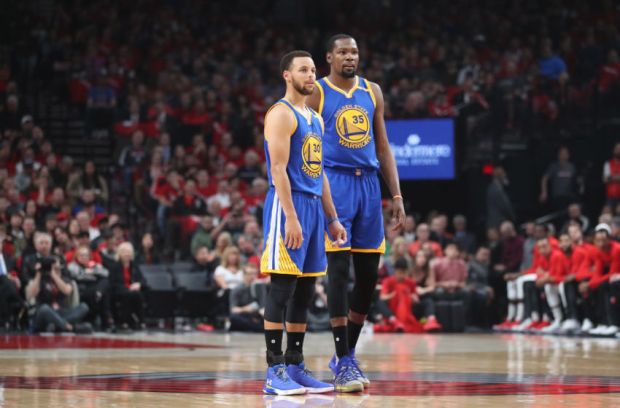 Apr 24, 2017; Portland, OR, USA; Golden State Warriors guard Stephen Curry (30) and forward Kevin Durant (35) look on from the court in the first half of game four of the first round of the 2017 NBA Playoffs at Moda Center. Mandatory Credit: Jaime Valdez-USA TODAY Sports

The Golden State Warriors’ quest for another championship this season was almost derailed on February 28th when Kevin Durant suffered a Grade 2 MCL sprain and a tibial bone bruise. This ended up being one of the biggest blessings in disguise for Stephen Curry and the Warriors this season. 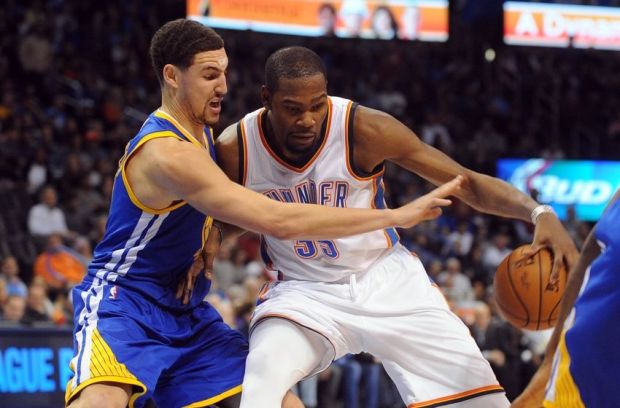 Injuries are a normal part of the NBA and something that every NBA team has to deal with. The Golden State Warriors were just recently affected by an injury to a player that isn’t even on their own roster though.

The Oklahoma City Thunder announced on Friday that Kevin Durant, reigning NBA MVP and superstar, could possibly be shut down for the season. He has been “removed from basketball activities,” and Thunder general manager Sam Presti said that Durant is not “making the progress” that the team had expected.

So how does an injury to a player on another team affect the Warriors?