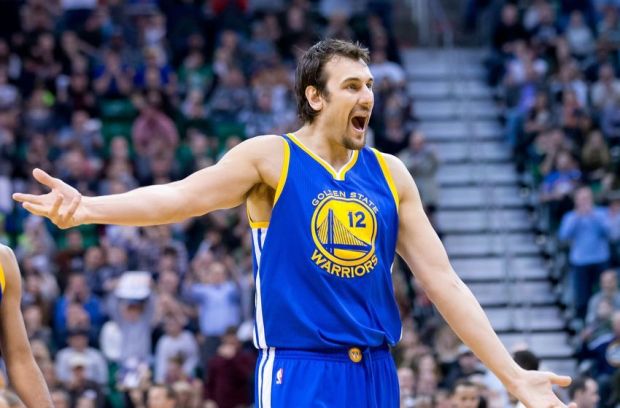 Jan 30, 2015; Salt Lake City, UT, USA; Golden State Warriors center Andrew Bogut (12) reacts while walking to the bench during a time out in the second half against the Utah Jazz at EnergySolutions Arena. The Jazz won 110-100. Mandatory Credit: Russ Isabella-USA TODAY Sports

The Golden State Warriors entered last night’s matchup against the Utah Jazz as the clear favorites to win given their superior record, their experience, and the higher amount of talent up and down their roster.