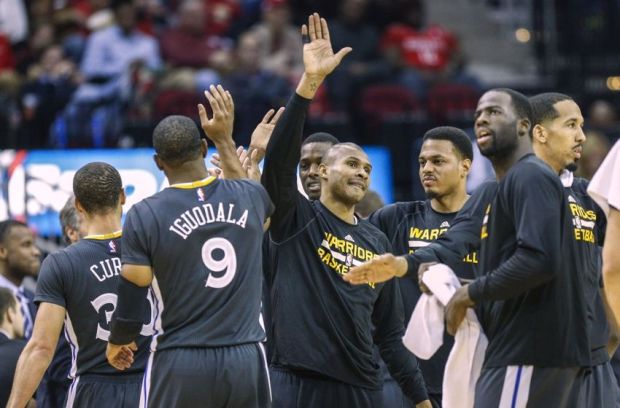 Jan 17, 2015; Houston, TX, USA; Members of the Golden State Warriors celebrate after a play during the second half against the Houston Rockets at Toyota Center. The Warriors defeated the Rockets 131-106. Mandatory Credit: Troy Taormina-USA TODAY Sports

The Golden State Warriors lost one game last week, but they still went 3-1 during a stretch of two back-to-backs, four games in five days, and three out of the four games on the road. That’s still impressive.