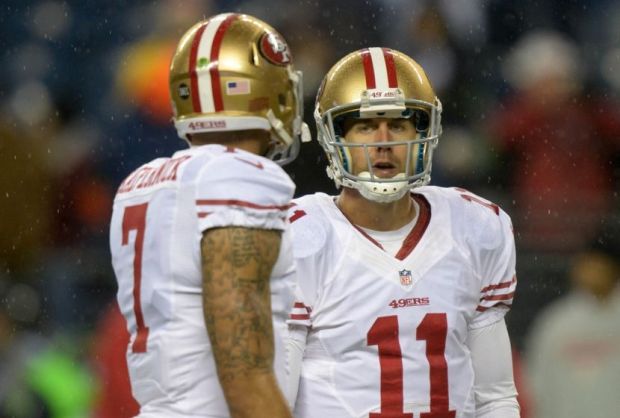 The San Francisco 49ers will take on the Kansas City Chiefs at Levi’s Stadium today at 1:25 pm PT. The game can be seen on CBS.

It seems like a long time ago that head coach Jim Harbaugh chose to start Colin Kaepernick over former 49er and current Chiefs quarterback Alex Smith. This was a controversial decision that not all fans agreed with at the time, and this decision is still talked about today as the 49ers take on the Chiefs for the first time in the regular season since Smith was traded to the Chiefs.