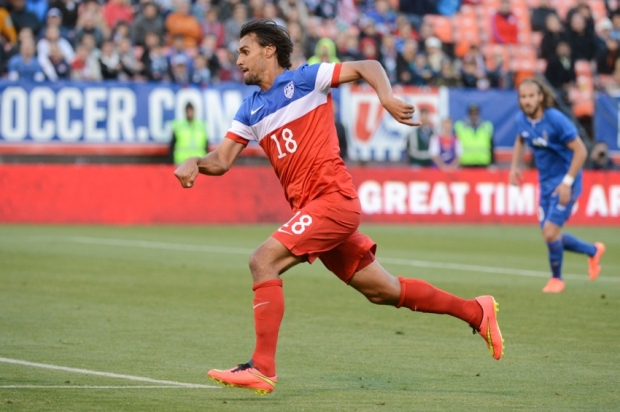 Team USA might have gotten a big win over Ghana on Monday in the 2014 World Cup, but they also suffered a significant loss. Forward Jozy Altidore suffered a strained left hamstring, which will keep him out of Team USA’s game on Sunday against Portugal. U.S. team spokesman Michael Kammarman did say that they are hopeful that Altidore can return at some point during the World Cup.

Aron Johannsson filled in for Altidore in the second half against Ghana, but San Jose Earthquakes star and Danville native Chris Wondolowski is the other striker on the roster and could possibly start in Altidore’s place on Sunday.