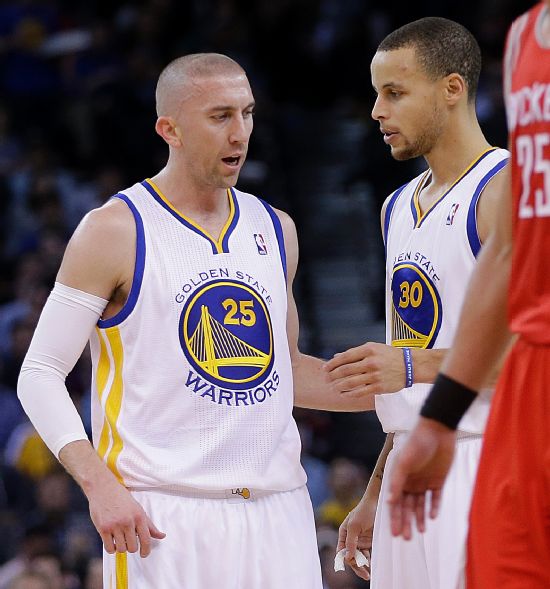 In Part One of this article, we discussed how the Golden State Warriors’ trade for Steve Blake will help the Warriors on the court.

Blake will strengthen the bench with his three-point shooting, his ability to run an offense, and his ability to play off the ball. His presence will also help Jordan Crawford’s production and will allow Stephen Curry and Klay Thompson to rest more.

Today, we will look at Blake’s personality and some intangible benefits he will bring to the Warriors.

In addition to his contributions on the court, Blake brings toughness and a solid work ethic.

The Warriors and their fans will miss Kent Bazemore‘s energy and passion, but #DubNation has already shown some love for the newest Warrior. In his Warriors debut on Thursday, Blake entered the game to lots of cheers and applause:

His first basket as a Warrior beat the first quarter buzzer. Blake finished the game with three points and one assist in 17 minutes.

Bazemore was a large part of the Warriors’ strong team chemistry, but Blake should mesh well with this Warriors team and their team chemistry in a different way.

Mark Medina of the Los Angeles Daily News wrote about how Blake has always been known as a great teammate:

But for a team that’s ailing so much with an injury-depleted backcourt, Blake’s departure provided one huge dent.
.
“He’s definitely a great guy and definitely a mentor and a great player and fun to talk to,” Lakers forward Jordan Hill said. “You can talk to him about anything and he’ll listen. He seems pretty quiet, but he’s a guy who will definitely make you laugh and put a smile on your face.”
.
When he stepped on the court, however, his personality changed.