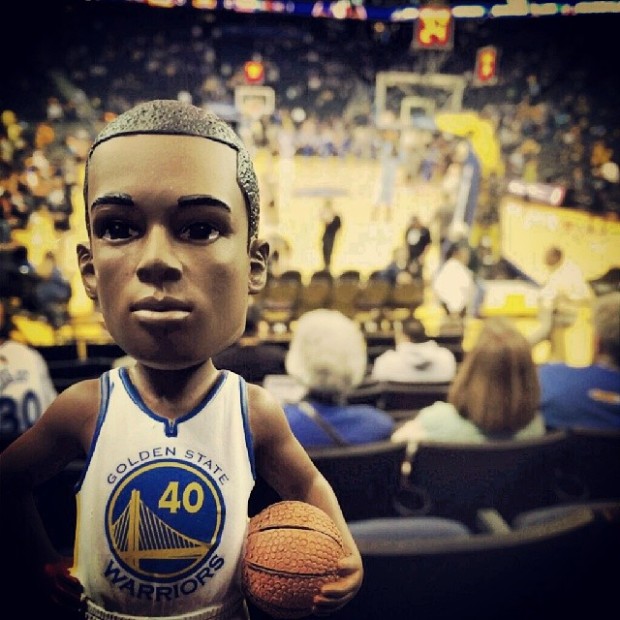 On his own bobblehead night, Harrison Barnes busted out his best game in over a month. In the Golden State Warriors’ game last night against the Denver Nuggets, Barnes finished with 15 points, six rebounds, two assists, one steal, and one block in 31 minutes. He also shot 4-for-8 from the field, 2-for-3 from three, and 5-for-6 from the free throw line.

Besides his impressive stat line, he also played most of the fourth quarter and finished the game with the rest of the starters, as Mark Jackson decided to sit Andrew Bogut for the end of the game.

Jackson most likely played Barnes over Bogut so that Barnes could potentially get more isolation opportunities for post-ups against the small-ball lineup the Nuggets were using.

Regardless, Barnes had a great all-around game. Throughout the game, Barnes looked much more confident and smooth than in recent games.