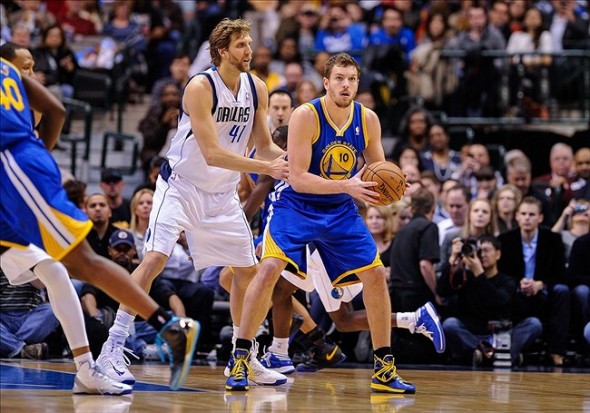 The Golden State Warriors take on the Dallas Mavericks after beating the New Orleans Pelicans last night 102-101. Last season, the Warriors won two out of the three games against the Mavericks.

In last night’s win over the Pelicans, the Warriors received significant contributions from Jermaine O’Neal, Klay Thompson, and Stephen Curry. O’Neal sat out four games with a sore wrist, viral infection, bruised knee, and a strained groin. In his return, he had season-highs of 18 points and eight rebounds.