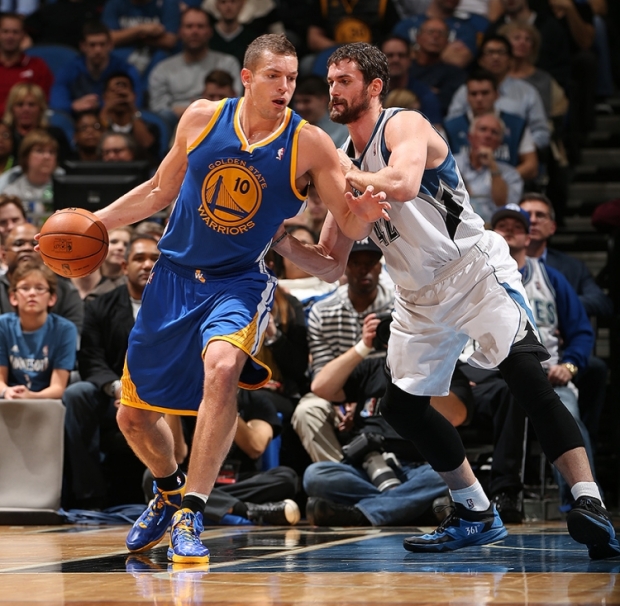 The Golden State Warriors played the Minnesota Timberwolves yesterday and will play the San Antonio Spurs tomorrow and the Memphis Grizzlies on Saturday. All three of these teams are talented, and they all have elite power forwards. David Lee had the difficult task of defending Kevin Love yesterday, but he held him to 10-for-25 shooting. He will have his hands full guarding Tim Duncan tomorrow and Zach Randolph on Saturday.

Love, Duncan, and Randolph are often brought up when discussing the best power forwards in the game. However, Lee is rarely named in that discussion. Lee is a two-time All-Star, he led the NBA in double-doubles last season, he has shot better than 50 percent from the floor in all eight of his NBA seasons, and he is one of only three players to average at least 16 points and nine rebounds each of the past five seasons.