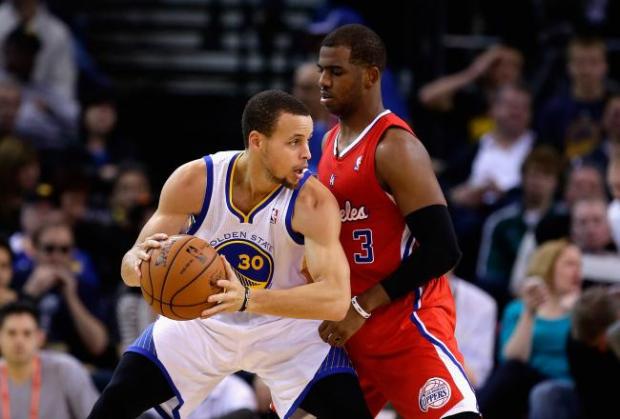 Two of the league’s best point guards in Stephen Curry and Chris Paul will go at it at the Staples Center. – Ezra Shaw

After starting off the season by beating the Los Angeles Lakers last night at home, the Golden State Warriors head out to Staples Center to take on the Los Angeles Clippers tonight. This game will feature two of the best teams in the Western Conference.

Last season, the Warriors beat the Clippers three out of the four times they played. The Warriors also had a 19-22 record on the road last season, which tied them for fourth-best road record in the Western Conference.