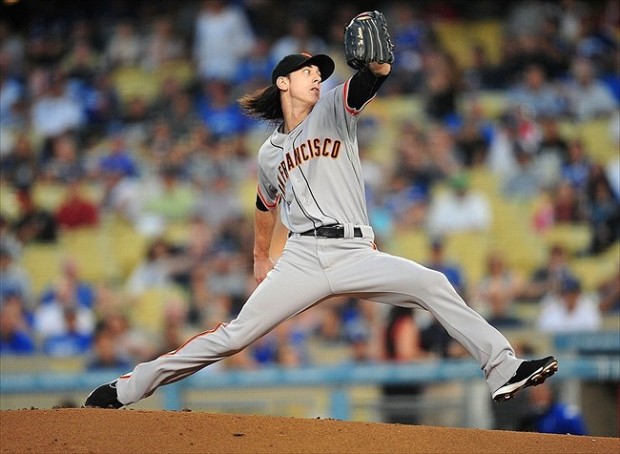 Tim Lincecum picked up his first win of the season as the San Francisco Giants went on to win 5-3 in Wednesday’s matchup against the Los Angeles Dodgers. This win meant they won the first series against the Dodgers 2-1. Beating the Dodgers is always nice, but what was even nicer was seeing Lincecum earn a win. Every Giants fan knows the immense struggles that Lincecum had last season when he posted a 10-15 record and 5.18 ERA, the lowest ERA of all qualifying starting pitchers in the National League. Lincecum’s pitching performance on Wednesday wasn’t perfect, but the most important thing was that he got the win. Hopefully this win will give Lincecum some confidence going into his next start.