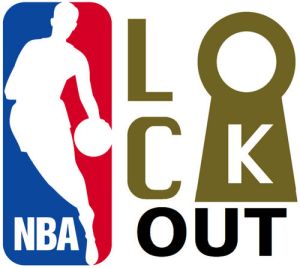 This past Friday, David Stern officially canceled the rest of the scheduled November games. This ensures that there will not be a full 82-game season. Both the owners and players had suggested optimism towards reaching a deal on Friday. This ended up not happening, and this was clearly upsetting for the players. Jared Dudley of the Phoenix Suns (who has been very active in the lockout discussions) tweeted, “At the end of the day players will not accept 50/50 BRI for every percentage point it worth hundred of millions..We came down from 57 to 52. We have made concessions of every major issues..BRI, mid level exception, etc…We have given owners every opportunity to get this deal done. If we always listen to owners and give them everything they wanted after every CBA we would all be making the min.”

Nazr Mohammed of the Oklahoma City Thunder had some strong opinions to share. He tweeted on Friday, “Gotta love David Stern when he says his owners were willing to concede and give us players 50% when we’re the ones with all the concessions. I knew this would happen. He’s a master at PR and negotiating. That’s why he’s the commissioner. Making us negotiate against ourselves while feeling that we’ve won things we already had and they knew they weren’t going to get anyway. At the end of the day they haven’t made any concessions but we look like the greedy bad guys while they look like the struggling owners trying to make ends meet SMH [shaking my head]. #StandUnited lets not let that false sense of hope fool us in to saying thank u for whatever they offer. There’s a deal to be made just not 2day. Personally I think this was their plan from the start. U don’t become billionaire without knowing how to get what u want.”

Nazr Mohammed was quite insightful, and I completely agree with his opinion. The owners have offered absolutely no concessions because they’d rather remain stubborn in their opinions and quick to their judgments. Mohammed is also correct about how Stern is “a master at PR and negotiation.” David Stern is not only that but also a mastermind in getting what he wants through manipulation, while still sounding somewhat cordial. Stern assumes that he’s the smartest of them all and that he can manipulate the players into thinking they are agreeing to a great deal, when truly they are not. Stern had suggested that both sides were coming to terms and that it was fairly likely that a deal would have been reached on Friday. Now that no new deal has been created, Stern has created even more dysfunction and animosity that will be hard to repair. Stern has claimed that now there might be even harsher consequences since they weren’t able to reach a deal. This might cause the players to become resentful, which is justified, and not want to settle on a worse deal. Hence, this lockout might go on even longer than expected. The sense of hope among fans on this past Thursday was officially crushed on Friday not only because of no deal being reached, but also because a worse situation might be ahead. 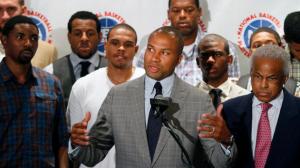 Players are more than frustrated now that the lockout continues to drone on. It seems as if this past Friday was some form of a breaking point. The players have suggested all along that they plan to “Stand United” and continue to support each other through this grueling process. This seems to still be the case for players that are actively involved in union meetings and discussions with the owners. However, multiple sources from ESPN have suggested that other players are tired of negotiating and that they just want to play. Sources have suggested that players don’t want to just win an argument. Pride is no longer a factor. Some players just want to play, because this is their life and this is their job. There’s no way for Derek Fisher or Billy Hunter to find out what every player wants and if everyone is truly “united” towards earning a fair deal. This would be an impossible task anyway, but it seems as though a separation is building amongst the players.

The fact is that the players will not ever receive a better deal than what the owners are offering right now. Even if Stern is bluffing and doesn’t end up lowering their offer, the players are not going to receive higher than a 50-50 BRI at this point. The owners have no incentive to compromise since they are running the show now. I personally believe that this deal is unfair, but this is the best possible scenario right now for the players. The players just have to swallow their pride and look at the big picture. Yes, the players are the only ones that have been compromising, and that is exactly why they have to be the ones to end this lockout, not the owners. They will always be remembered as the side that settled this mess, and they will be commended. They have to be the proverbial “bigger person” in this situation. The owners, and mostly David Stern, have shown their true colors during this debacle and the fans will remember how they handled this situation. Although not ideal, if the players truly care about the game of basketball and the fans, their only option is to accept the 50-50 BRI.